With the seven behaviours of exemplary project managers

As I have written before, most project managers get the sponsor they deserve.

All truly great project managers seem to live a common set of core behaviours when it comes to how they work with sponsors (and Steering Committee members).  The seven behaviours I discuss in this article seem to be the most common and important.

Years ago, I had a sponsor who taught me this behaviour. I would go in to see him and start with something like “John, the situation is terrible and we need to ….” He would smile, pull out a piece of paper, put a bullet point on it and ask me “Rob, what specifically is terrible?” As I figured out the detail, he would write it down and then put another bullet point on the paper, ask another question and so on. In retrospect, he was using a variation of  Sakichi Toyoda’s Five Whys technique. Moreover, he was showing me his preferred way of processing information.

While many people are sceptical of psycho-metric approaches, I have found the Myers-Briggs Type Indicator (MBTI) a valuable tool for understanding communication preferences. I have an Intuitive preference where I see patterns quickly, can be unstructured and get easily overwhelmed with detail. John had a clear Sensate preference where detail and structure was essential for him to really understand what was going on. I quickly learnt to do the bullet points before I went in to talk with John.

Of course, if you understand the Myers-Briggs or similar models, you will comprehend that by understanding the differences between us, I managed to change my style to suit John’s, thus greatly increasing our trust in each other and the quality of our communications.

So great project managers observe details such as:

These are some of the clues to discerning how people process information and communicate and, if you pay attention, you can figure out how to best align to your sponsor’s preferred behaviours and communication style.

2.   Focusing on the Sponsor’s Outcome

All projects are about Outcomes. An outcome is the “big” change that the project is designed to achieve. The project’s deliverables or outputs should be aligned to enable the sponsor to deliver the outcome. For example, if the sponsor has a desired outcome of increasing the customer base, the project must deliver outputs such as new products or enhancements to existing products that directly lead to new customers signing on. As I have covered in other papers and books (The Real Benefits Workbook, for example), the outputs and outcome of a project are also the key to understanding benefits.

Sharing the focus on the sponsor’s outcome and its associated benefits is a brilliant way of building sponsor relationships.

I was with a client when a sponsor came into the room, assembled the project team working on his project and proceeded to forcefully explain (using language I couldn’t put in this post) how incompetent he believed the team and the project manager was. After he stormed out, I asked some of the team what had happened to cause this behaviour. It emerged that the sponsor was at a meeting of his peers, when one of them informed him that his project was in real trouble… and this was the first time that the sponsor had heard of this. Being ambushed by one of his peers was clearly not a good position to place the sponsor in. As an example of a self-fulfilling prophecy, when I asked the team why they hadn’t told the sponsor the issues with the project, a team member said “We didn’t tell him because we knew he would get angry”. Another team member said “And you just saw that!” True.

Every exemplary project manager knows that his or her sponsor must always be the first to know about the status of their project and, more importantly, any issues with it and potential solutions to those issues. If there is a controversial decision needed to be taken at a Steering Committee, for example, great project managers will pre-brief all Steering Committee members (after first briefing their sponsor) as to what is the issue and what options are available for them.

Never ambush your sponsor. They need to know you have their back.

Of course, as many of you know, I am convinced that these great project managers also insist on face to face meetings with their sponsor and Steering Committee members. It is a consistent behaviour of these project managers that, at the beginning of their engagement with a sponsor, they gain agreement that all critical meetings must be face to face. Visual clues gained in face to face meetings are invaluable. Emailing is a great way of sharing information, but a very poor way of communicating.

One of the tools Seven Consulting have developed to assist project managers and their change manager partners is a simple tool called Win/Lose.

This tool is a variation of Force-Field Analysis developed in the 1940’s by Kurt Lewin where you determine both the positive forces and the negative forces acting on a change. By amplifying the positives and attempting to minimise the negative or opposing forces, you can improve the likelihood of the change succeeding.

Exceptional project managers determine what are the personal “wins” for the sponsor if the project succeeds, and what are the “losses” from achieving success. Losses can be real or perceived. For example, by successfully delivering an outcome the sponsor may raise their organisational profile as a change agent but on the “loss” side of the ledger, the sponsor may be perceived by some peers as being self-interested or grand-standing.

More importantly, all stakeholders impacted by the sponsor’s project will also face Win and Loss situations and, it is very common, that unless proactive management of these is undertaken by the sponsor, project manager and change manager, the broader impact of the losses will be attributed personally to the sponsor. Further, these losses will often impact the sponsor’s peers as well as their people.

Brilliant project managers will formally or informally undertake the analysis of the Win/Lose situations for their sponsor and their critical stakeholders. More importantly, they will share this analysis with their sponsor and stakeholders and seek to determine whether potential losses can be mitigated or managed.

It has been my experience that most sponsors are pretty good at understanding the Win or Purpose situations but, they are not so good at considering the Losses. Having a project manager do this for the sponsor is a perfect example of showing the sponsor that the project manager has their back.

5. Taking responsibility for the right things

Too many project managers “cross the line”. The standard scenario here is that the sponsor gets too busy and stops paying real attention and rather than directly talking with the sponsor to fix the situation, with good intentions, the project manager begins to take decisions on behalf of the sponsor. An approval of a small scope change, a changing of priorities of objectives, altering quality requirements and so on. This clearly saves time… initially. However, it has been my experience, and the experience of hundreds of project managers I have spoken with, that this “crossing the line” inevitably leads to poor results for everyone!

Great project managers set the responsibilities for various project roles, decision scope and delegation levels up front and clearly. Specifically, when it comes to sponsors, the role of the Business Case and related documents, such as the Project Management Plan become critical in clarifying decision-making responsibilities and scope.

A typical Business Case will contain vital project parameters such as scope, objectives, benefits, risks, quality expectations, costs, high-level schedules, stakeholder analysis and so on. I have always argued that a well-constructed Business Case is a contract between the sponsor and the project manager. It is, in effect, the job description of a project manager to deliver the Business Case.

The next two behaviours are highly inter-related.

Years ago, I was consulting on a very high-profile project being sponsored by a well-known politician. The sponsor had publicly announced the project, its benefits and its deadline. I engaged a number of stakeholders specifically looking at the promised benefits. It became clear to all of us that the benefits were not achievable. I presented our findings to the head of the organisation charged with implementing the project and after reading our report he said “Leave it with me”. The following day the sponsor announced publicly that members of the opposition had found flaws in the proposal and were blocking it from being implemented. The head of the organisation told me later that he had suggested this option and statement to the sponsor. “Always give them a Plan B that helps them out of a difficult situation” was his direct advice to me.

7.  Maintain a sense of urgency

Probably one of the best (and certainly most interesting) books I have ever read about project management is Dan Carrison’s Deadline!: How Premier Organizations Win the Race Against Time. In this wonderful book, Carrison examines projects as diverse as an FBI kidnapping case, Turner Construction’s Denver Bronco Stadium and Conoco’s hurricane relief project. All of these were projects with real and difficult deadlines. By interviewing hundreds of participants in these projects, Carrison derives a number of common behaviours, techniques and mind-sets that enable these diverse teams to meet deadlines under extremely difficult situations.

One of these behaviours is Panic Early. This doesn’t mean running around waving your arms and screaming, but rather, it means assuming projects will always face issues and resolving to solve them with urgency.

I have stated something similar for many years that when it comes to projects, “It pays to be paranoid”. What this and Panic Early means is that exceptional project managers instil and maintain a sense of urgency, caution and focus from their sponsor, team members and stakeholders from the beginning of the project… deadline or not.

It is too common that the level of urgency and energy in a project starts lower at the early stages of a project only to increase rapidly towards the end of the project as the deadline looms nearer.

When things go wrong on a project they need to be treated with urgency. At the risk of being seen as over-reactive, brilliant project managers immediately consider the implications of the issue on factors such as cost and time blowouts on the project and its Business Case, explore options and plans for action and collaborate with their sponsor to solve the problem. Our founder, Declan Boylan taught me (and other Seven Consulting employees) that converting the impact of in-action into wasted dollars and time is a powerful way of getting the sponsor’s attention and action.

Hoping that things will get better is a very poor project manager behaviour.

Optimism and hope are wonderful concepts but, in projects, they can be very dangerous. Unlike the human body, projects do not heal themselves. Great sponsors working with great project managers are the critical medicine that heals projects and ensure success.

If you would like to know more on Sponsor Relationships, please click here to receive a copy of Rob Thomsett’s book “Agile Sponsorship” 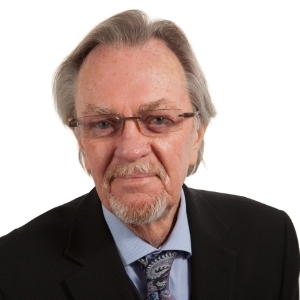