Can a few words make us better Project Leaders?

“Corporate mantras focus employees’ attention on an organization’s reason for being. Effective mantras become a natural part of everyday conversation in the workplace and work their way into a corporation’s communication with the outside world.” Chron.com

When we think of a mantra, we generally think marketing tools. A sound-bite, that can often be perceived as a couple of buzzwords, or worse a slogan designed to sell you something.

Iconic brands throughout history continue to use simple, short, catchy phrases. But it’s only those most effective at really grabbing our attention and being memorable, that inspire us to act.

When you hear “Just do it” – you think of NIKE.

When you hear “Because you’re worth it” – you think of L’oreal.

When you hear “I’m Lovin it” – you think of McDonalds.

Political election campaigns often use mantras to good effect. Regardless of your thoughts on the substance behind these messages, or the policies of those promoting them, nobody can argue they set a tone, and can often be extremely memorable.

Gough Whitlam’s “It’s time” is a powerful example of a mantra that tapped the frustration and tension between a conservative Australia, and a new Australia that existed in the early 1970’s.

A mantra is not a mission statement, although the two may be easily confused.

In his blog, Mantras versus Missions, Guy Kawasaki draws on his experience in the early days of Apple, and the adoption of Apple’s “Think Different” mantra, in helping to clarify the difference.

“A mantra is four words long. Tops. It’s purpose is to help employees truly understand why the organization exists“.

If you asked most employees to recall their organisation mission statements, it’s unlikely they will be able to. Short and sharp mantras simplify the Why, make it memorable and distill it down to just a few words which provide real clarity.

The key to mantra being a useful tool however, is in the ability of the leader to contextualise it and bring it to life around the vision and the strategy.

During my earlier career, I worked with IBM, where I learnt of the “THINK” mantra, introduced in 1914 by Thomas J. Watson. History reflects on “THINK” as a defining moment in the establishment of IBM, and it is often regarded as the seed, from which IBM grew a 100 year cuture of innovation.

THINK wasn’t just a useful tool for branding and marketing, it also served as the catalyst for employee engagement around strategy. It worked because Watson was able to bring the matra to life and contextualise it. Kevin Maney wrote in his book – The Maverick and his machine – that “Watson… loved how a whole basket of behaviors were loaded into that one five-letter word”.

There are many quotes from Watson over the years where he told the story behind his vision of Think. In IBM offices, Think was painted on the walls. On IBM’s 100-year anniversary, they reflected on the impact of Think, and believe that

“IBM has learned over the years that culture… is the essence of management. It means that employees make the right decisions not because they are told what to do, but because they know what to do.”

When Steve Jobs introduced “Think Different” at Apple in 1997, aside from being a clever and timely marketing play against IBM’s “THINK”, it started the journey to establish what is now widely regarded as a cult like culture of innovation, which has enabled Apple to become one of the world’s leading technology powerhouses.

My First Lesson in using Mantra when leading a Project:

Around 10 years ago whilst I was still at IBM, I joined a challenging program of works, and arguable one of the largest IT Transformation Programs in Australia at the time. By this time, IBM had moved well past the days of THINK, however the practice of using mantras define culture remained.

This program had a challenging environment – tight timelines, fixed deliverables and considerable financial and reputational impacts if we got it wrong.”

The leader I worked for at the time, came up with a simple mantra for our first release: “Whatever it takes.” This became not just a catch cry around the office, often bringing us together during the many late nights, but it was also what we came back to when we needed to make quick decisions.

Three simple, yet powerful words, set a clear direction. It defined the culture, as one of empowerment. It helped us push beyond daily hurdles, keep sight of the end goal, work together and do whatever it took to deliver.

As time passed, people started asking less, making their own decisions and the Project ended up delivering a massive milestone which many people said could never be achieved.

Having seen what a powerful impact this leadership technique had, I now regularly use it myself when leading teams. When leading Projects, I often adopt the mantra of “No Surprises“.

Why?
Because it is the essence of what good Project Management should be.

As Colin D Ellis says in his book the Conscious Project leader,

“The best projects are a result of the person that leads it or the environment they create”.

As Project Leaders, whilst methodology and process are important, being mindful on our approach, creating the right culture and clarity of vision, is the essence of good leadership.

Creating mantra for Projects brings about a clarity of thinking and direction, helps the people we lead connect with the vision and feel more empowered.
On the flip-side, just having a mantra by itself is dangerous if there is no detail or an authentic story behind it – in this case all you really have is a slogan without substance.

Over the years I’ve worked with leaders, and been guilty at times myself, of having lots of content, but very little clarity. IN these examples, I have found myself and the teams I have lead craving clarity and direction, often hesitating to make key decisions.

Too often as leaders, the depth of our strategy can consume us. It can be easy to forget the need to simplify, or worse, to simplify but not communicate, or as the business needs to change.

We should not rely on the sponsor alone to think of the mantra, it is up to everyone to understand the drivers and then simplify this into a mantra they agree with, that resonates with the teams we lead. It needs to be something we can talk to with passion, context and authenticity.

Some questions to think about:

• Have you been part of a project that adopted a memorable mantra? What made it so great?
• What would be the mantra for your current team or projects?
And if not already in place, what difference do you think putting one in place could make?
• What is your personal mantra at the moment? 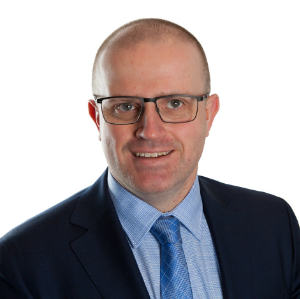