Has project Governance got too complicated?

“The definition of genius is taking the complex and making it simple.”

When examining why projects have failed, many observers blame poor project ‘Governance’. Poor, in this case, can mean a lack of governance, badly designed governance, but it is most often caused by overly complicated governance.

So what is project Governance, and why is it so important to the success of a project?

Let’s start by defining Governance: Roles and Responsibilities, and the structures and validation points to ensure those responsibilities are carried out.

Whoever you are in the program or project, you should clearly understand your role (such as Sponsor).  It is just as important that you understand the responsibilities that go with the role (such as reading and challenging status reports, attending regular progress meetings, making decisions etc.). Once you take on those Responsibilities you must devote the time to discharge them. In a healthy project, stakeholders don’t ignore or delegate their responsibilities, as they understand the importance that their role plays in overall project success.

Think about almost any organised team sport in the world. Players have positions (Roles) and use tactics to outplay the opposition (Responsibilities). In this analogy it would not be acceptable for players comprehensively beaten to say “I didn’t know what to do”, or “I wasn’t told”. Imagine a football goalie saying “I didn’t know I had to stop a goal being scored”! That excuse would never fly. This is why training and reinforcement play such a critical role in the team members’ understanding of their responsibilities.

So why is It OK for project team members to use a similar argument? So what happens when Governance gets complicated?

What can be done to improve Governance in a pragmatic, realistic way?

The word ‘regular’ is used a lot in this article. Governance isn’t a set-and-forget thing. It is an evolving practice which has a critical impact on project performance. Getting into the cycle of review/update doesn’t have to be a burden, and the benefits which can be gained can make a significant and enduring impact on your organisation and the people who make projects succeed.

Creating overly complicated and detailed governance frameworks can make the situation worse. Keep it simple, just make sure people know their roles and responsibilities – and follow through! 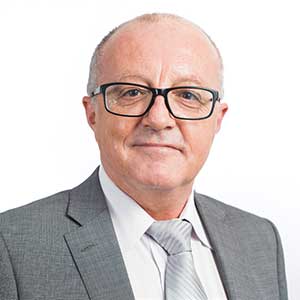