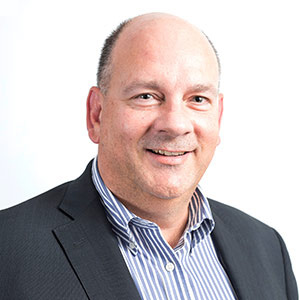 Alex Massie is an experienced Program Director who joined Seven Consulting’s Melbourne Practice in 2014. He has worked extensively on delivering large, complex programs of work, with multiple vendors and solutions. He has 10 years telecommunications industry experience (across both enterprise and consumer segments) and 15 years financial services experience (spanning retail banking and superannuation). Prior to Seven Consulting, Alex held executive management positions at IBM, Accenture, and Deloitte. He has extensive experience in writing/responding to RFPs (Request for Proposals), vendor management and vendor negotiations.

As Program Director at ipSCAPE, Alex conducted an end-to-end review of the software development processes and made recommendations on how to improve the current processes. Alex worked closely with the COO and CEO on this engagement. Alex prepared a summary presentation of his analysis and recommendations which he presented to the leadership team and also to the broader team. Alex scoped out an Agile transformation program which included Agile training, PI planning, recruiting key roles and changing the delivery cadence. Alex was involved in preparing the Agile training material and the PI planning material. During this engagement, Alex conducted 22 interviews and conducted a number of sessions to help ipSCAPE personnel prepare for their part in PI planning.

As Program Manager at NAB, Alex managed the Technology stream for the NAB/MLC Wrap Enablement. Alex played a key role in vendor negotiations, scenario planning, solution design, implementation planning, estimating, resourcing, dependency management and establishing operating rhythms. The preferred solution was a SaaS (Software as a Service) based solution, hosted in the cloud and provided on a BPO (Business Process Outsourcing) basis. Alex worked on the integration design, infrastructure and security design.

As Program Director at Telstra, Alex managed the Digital Core component of the Digital Transformation program for Telstra Enterprise. The Digital Transformation involved transforming the customer experience, the staff experience and the partner experience across all digital and call centre channels. The Digital Core team was responsible for implementing the new B2B stack for sales, provisioning, activation, billing and service assurance. The new B2B stack was based on packaged software from Salesforce, Cloudsense, Amdocs, Aria and Service Now. Alex led 2 large PI (Program Increment) planning sessions with up to 100 people. He coordinated 4 executive showcase presentations to audiences of between 150 – 400 people. The last showcase was attended by the Telstra CEO leadership team. The Digital Core team was made up of over 500 people across Australia and India. Alex introduced quarterly releases into the program, managed 4 releases into production and continued to refine Agile delivery techniques on the program. The program budget was in excess of $200m per annum. At its peak, the program had over 1,000 people working on it and was one of the largest Agile programs in Australia. Alex has a good broad understanding of Telstra Enterprises’s products and its key customers. Alex setup a testing war room for a number of the major releases and managed hypercare once the releases had gone into production. The scope of the program included standing up a new instance of Service Now for incident management, service management and problem management. One of the objectives of the new incident management system was to give customers real-time updates (via portals and sms messaging) on the resolution of their incidents, rather than the customer having to call Telstra for a status update.

As Program Director at Latitude, Alex led their Transformation Program. Latitude predominantly manages their customer and partner relationships via contact centres (i.e. call centres), one of the key objectives of the transformation was to migrate traffic away from the contact centers to digital channels. Alex built the transformation team from inception to a team of over 200 people. He managed the RFP (Request for Proposal) processes for 4 separate RFPs across customer experience, personal loans, collections and the digital front end. As part of the RFP processes, Alex reviewed the requirements and RFP documents, met with vendors, evaluated vendor responses, negotiated with vendors and summarized recommendations to executive management and the Board. He established the Transformation PMO, status reporting, budget management, issues/risks management. He prepared funding requests and briefing papers for the Board regarding the Transformation program. He regularly presented to the Technology Subcommittee of the Board and the Latitude SLT (Senior Leadership Team). He ran a number of regular standup meetings to coordinate cross stream dependencies and the resolution of issues. He promoted the rollout of Agile training and the adoption of Agile techniques across the Transformation Program. The new collections system was a case-based system tracking all the events and actions taken for a particular account which was in collections.

As Program Director at Link / Superpartners Contributions Program Alex delivered a range of technology change to ensure compliance with the new SuperStream standards in superannuation. The SuperStream standards are similar to SWIFT messages used in the financial services industry. The team peaked at approximately 50 people. The program budget was approximately A$10m (for Phase 2). The project involved coordinating with multiple parties in the superannuation industry including employers, payroll providers, SuperStream gateways, superannuation administrators, superannuation funds and the ATO. Alex reported directly to the CEO of the Link Group on this program.

As Project Director at ANZ, Alex implemented a Banking Multi-channel Platform (Mobile banking release), with a budget accountability of A$80m and a team of up to 240 people from ANZ, SAP, Oracle, Cap Gemini and IBM. The solution was based on components from SAP, Oracle and IBM. Project personnel were based in Melbourne, Singapore and Bangalore. This program required extensive stakeholder management within the Bank and with key vendors.

While at IBM and after the success of the OSOM project (see below) with the Vic CFA, Alex spent some time building up a new capability in emergency services and incident management. Alex built up a pipeline of opportunities in emergency services in conjunction with either Whispir or IBM software group. Alex worked on various emergency services opportunities with Telstra (such as Emergency Alert which sends sms messages to people in bushfire affected areas) and organisations such as BHP/Billiton for location tracking and evacuation of mine personnel.

As Delivery executive for the Victorian CFA (Country Fire Authority), Alex managed the design and build of the OSOM (One Source One Message) system which provided real time updates on fires across Victoria. The OSOM system aggregated information from the CFA and the DSE (Department of Sustainability and Environments) to provide a consolidated view of all bushfire incidents on both public and private land. OSOM provided its consolidated information to 70 radio stations, 10 television stations and to the professional firefighters (i.e. CFA and MFB). The OSOM system was built using an Australian software solution called Whispir. OSOM was the first generation application which is used by applications such as Fire Ready and Vic Emergency to provide Google map images of bushfires and other related incidents. Alex was a member of the project steering committee which had representation from the CFA, MFB (Metropolitan Fire Brigade), DSE and Victoria Police. The steering committee meetings were held in the Victorian State Control Centre in Melbourne. Alex’s contribution to this program of work was recognized by an invitation to the Australian Open Tennis from the Premier of Victoria, Mr John Brumby.

As Delivery executive at IBM, Alex was responsible for leading the IBM bid for the NBN (National Broadband Network) OSS/BSS (Operations Support Systems/Business Support Systems) Transformation which was a competitive RFP/tender process involving up to 80 companies. The bid team peaked at 200 people. IBM was awarded the initial contract to build the NBN OSS/BSS systems for A$180m. The scope of the OSS/BSS proposal included order entry, order management, fulfilment, activation, billing and service management (which includes incident management).

At IBM, Alex was a member of the Large Deal Team which was a specialized group which focused on winning the largest tenders for IBM. These deals were complex systems integration and outsourcing deals worth hundreds of millions of dollars over a 5 year term. Alex typically worked on the solutioning, business case and scenario planning aspects of the deals.

As IBM, Alex was involved in planning the migration of the enterprise telco services for the Commonwealth Bank from AAPT to Telstra. Alex was brought in to help get the planning back on track and rebuild confidence with the end customer, i.e. Commonwealth Bank.

As Program Manager at Telstra Bigpond, Alex managed the IT Transformation, involved a team of between 150 – 250 people and a budget of A$40m. The objective of the program was to improve the integration of Bigpond systems with the Telstra core systems to ensure a seamless customer experience. Prior to Alex starting on the program, Telstra Bigpond was running 4 months late in to SIT (System Integration Testing) which had major flow on impacts on the broader Telstra transformation timeframe. Alex was able to replan the Telstra Bigpond work and brought it in on schedule. Alex setup a core team of 6 people and testing war room.

As Delivery Partner for Telstra, Alex led the Data Migration effort to support the IT Transformation. Alex established and grew the team to approximately 100 people. Alex led the team during the scoping and strategy phase. The data migration had to migrate data from tens of systems to much smaller set of target systems. The extraction work was performed by existing Telstra vendors, the IBM team performed the majority of the data transformation work and then the CC&B and OSS teams performed the data loads. The Data Migration program was a key component of the Telstra Transformation being led by Sol Trujillo.

As Release Manager on Vodafone’s Program Sam, Alex managed the scoping, planning and design of Wave 2. Program Sam was a major customer care and billing implementation for Vodafone across Australia, New Zealand and Fiji. The budget for Wave 2 was $100mil. The Wave 2 team was approximately 100 people, including 14 project managers (who reported to Alex).

At Headstrong, Alex developed the IT Strategic Plan for Comindico, which was a new IP-based telco. Alex also worked with Comindico to write a tender response to the Federal Government called Health SuperNet. Health SuperNet was a tele-medicine idea enabled by the high bandwidth Comindico network. It would enable multiple specialists to participate in video-conference calls and analyse the xrays, mammograms etc. of patients without either the patients or the specialists having to travel. This was very progressive thinking for 2002.

As Project Manager at National Australia Bank, Alex undertook a number of projects including credit reengineering program, decision scoring, Internet banking strategy and global telephone banking strategy (which encompassed all of NAB’s banks in the UK and ANZ).

As Project Manager at Westpac, Alex undertook a number of projects including: IT transformation, credit risk management, direct bank feasibility study (which focused on non-branch channels such as online and call center).