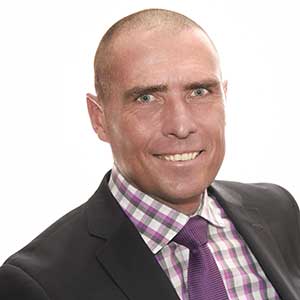 David is an experienced Program Director, joining Seven Consulting’s Sydney practice in 2009. He has a proven track record in managing large and complex Business and IT projects to schedule, quality and cost. David has successfully managed whole systems replacement and outsourcing projects using all project methodologies.

He has over 35 years’ experience in managing change in both Federal and State Government organisations together with some of Australia’s largest finance institutions.

As Program Director at NBN Co, Reporting to the CFO and his senior leadership team David managed the Finance response to an amended way of working resulting from the implementation of a new workflow and payment system needed to satisfy the terms of a new significant Build and Service contract. The focus was risk and issue management with a responsibility of driving a resolution.

As Program Lead for NBN Co Limited, David ran an Initiative that was tasked with recovering a failing Project by creating a re-plan and approach together with securing funding to deliver the remainder of the program scope via an Agile Release Train (ART) based on the SAFe methodology of delivery.

As Capability Lead for Macquarie Bank, David led the Project that established and deployed an end to end Payments Solution focusing on integration with a SAP Product offering to provide Mortgage functionality.

As overall Release Lead for Macquarie Bank, David had responsibility for a Core Banking Transformation Program aimed at delivery of Retail Home Loan capability on SAP. Accountability was across 8 workstreams delivering both Business and Technically focused outcomes.

As Program Manager for the Commonwealth Bank, David had responsibility for the Technology approach, plan and estimate for the Project tasked with refactoring the Banks Payments Landscape (both software and infrastructure).

As Program Manager for the Commonwealth Bank, David led the team in the creation of an end-to-end solution for staff assisted payments in a major Australian Bank. A 30 month Program focused on implementing a new technology stream across a development and testing team of more than 200 staff located in 2 countries.

As Program Manager for the Commonwealth Bank, David managed the team that had responsibility for the integration of a Business Channel portal through a Payments Hub to SAP. This was an 18 month Project with responsibilities for over 70 development and testing staff across multiple suppliers that satisfied its performance and quality stretch targets.

As Deployment Lead for the Commonwealth Bank, David as part of the Core Banking Modernisation Project led the successful implementation of 8 releases covering 80 different systems over a 12 month period. The key focus was the implementation and integration of SAP Software and related Infrastructure that culminated in the migration of over 10 million accounts.

As IT Program Manager for Hewlett Packard, David led the team with responsibility for the creation of a Debit Card solution for a major Australian Bank, responsible for 8 Project Managers and 85 development staff across three countries. Program was delivered successfully to a compressed ambitious schedule under budget and satisfying all quality objectives.

As System Lead for EDS, David successfully project managed quarterly releases to a large and complex Banking system that processed more than 10 million transactions daily for more than 5 million accounts. These projects were full development lifecycle and involved managing work across three time zones for this critical system.

As Program Manager for EDS, David over a period of 18 months managed the On Line Interface Work stream across three countries as part of the Cards Processing capability establishment in the Asia Pacific Region. The work stream achieved all budget, quality and time obligations.

As a member of the Senior Management Team for Colonial Services, David coordinated the integration of all Trust Bank of Tasmania Banking systems into the Colonial Group Systems.

As Program Manager for Colonial State Bank, David managed the Liabilities Portfolio for the Imax Project. The project aim was to replace and outsource all Colonial Banking Systems. The role was management of the Bank and external IT Teams charged with moving all the Bank’s savings, cheque, overdraft and term accounts to their new target system managed by an external provider.

As Program Manager for State Bank NSW, David project managed the creation of a centralised Loan Document Centre. At the completion of this successful project he was then appointed Senior Manager of the centre with responsibilities for 300 staff working three shifts over seven days a week.